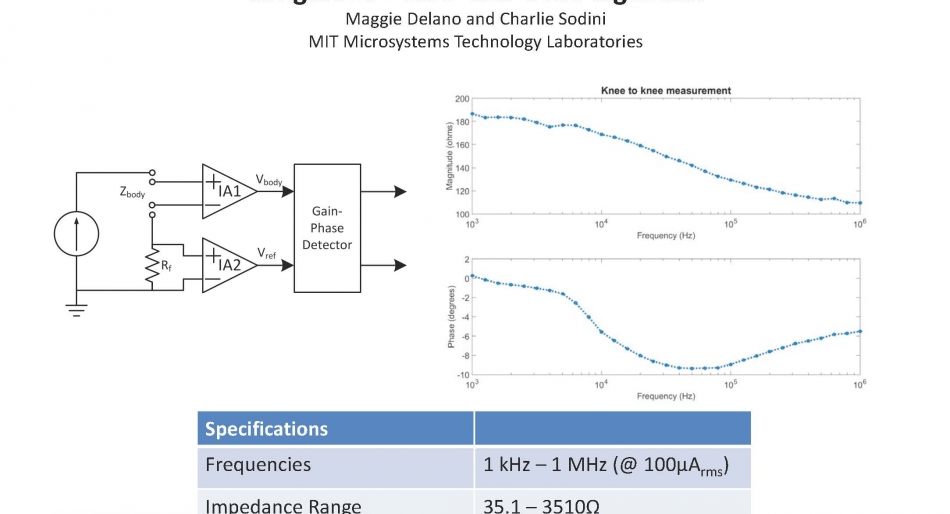 An estimated five million people are currently diagnosed with congestive heart failure (CHF) in the United States, with over 400,000 new diagnoses annually. Almost one in two patients will be readmitted to the hospital within four to six months of discharge. Up to 50% of these early re-admissions may be prevented if symptoms are recognized early enough. Bioimpedance measurements have been shown to be predictive of heart failure decompensation up to 14 days before an event occurs. We have developed a portable bioimpedance system that can measure body impedance from 1 kHz to 1 MHz. The system uses the Magnitude-Ratio and Phase Difference Detection method to calculate the magnitude and phase of the measured impedance.